Ever wondered why it is so hard to reach the lost today? Or how we even got to this point? In this book, you will learn about the two types of converts, who the God is we are to present to the prospect, and how the evangelism process worked in the New Testament. You will also find out about using the law in evangelism instead of the life enhancement Gospel.

I was saved in a Pentecostal (Foursquare) church in 1958. I have seen some real changes in the Christian world since that time. I became a Baptist in 1970 and I have seen some troubling things happen over the years since then. In 1970 most Independent Baptist Churches were still pretty faithful to the Word of God, but the drift away had begun in more than a few of them.

Looking back to 1970, I see something that is at the root of the problems in our churches today. At that time, success was counted in numbers. The most common, and probably the first, question asked at a preacher’s meeting was, “How many did you have Sunday?”

I don’t know when it really started, but many Baptist churches were doing outlandish things to draw a crowd. Pastors and youth directors were swallowing live goldfish. Churches were announcing that they were going to have the biggest, fastest, most unusually [you fill in the blank] next Sunday.

The cry of the day was, “We must reach the lost, at any cost.” I took issue with this back then, and I take issue with it today. We must not reach the lost at the cost of God’s glory and His righteous precepts. There is no shortcut to growing a church scripturally. Souls must be won to Christ, not to the pastor. They must not be seeking salvation from Hell, they must be seeking salvation from sin because they will face a holy God. Spurgeon put it this way:

I believe there are a few things that are necessary to bring someone to true salvation. I will cover these things in this book. They are all found in Scripture, so I am confident that they are sound.

I am really bothered by the fact that we claim to believe the Bible, but when things are not going well, when souls aren’t being saved like we think they should be, instead of seeking a Bible answer, we add a new program or method.

The things we add are based upon human psychology. For example, we do things during our invitations to make people feel guilty if they don’t respond. We have them raise their hands if they are not sure of their salvation. Once they do that, they feel obligated to come forward.

I understand that after a meeting, an old man said to D.L. Moody, “Why don’t you let the Holy Spirit do the work?” I have the same question for most Baptist preachers today. We can get people to come forward at an invitation, and even coerce them into saying the “Sinners Prayer,” but only the Holy Spirit can bring true conviction of sin and work repentance in the heart, both of which are needed for a person to be truly saved.

I might point out that the “Sinners Prayer” is not found in the Bible, and no one ever prayed to be saved. People are not saved when they pray, they are saved when they believe on the Lord Jesus Christ.

And they said, Believe on the Lord Jesus Christ, and thou shalt be saved, and thy house. Acts 16:31

This book is about bringing more people to true salvation. It is about not getting empty professions of faith that work no lasting change in the lives of those who are supposedly saved.

It is my hope that all who read this book will take seriously what is in it. It is also my hope that each one will examine their evangelism by the Word of God, and not by what we have been taught in Bible schools, or even by what I say in this book. 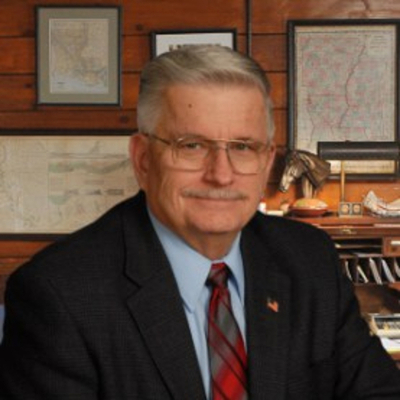 Pierre was saved at the age of 17. After high school, he entered the US Army, and in 10 years rose from the rank of private to captain. At that time the Lord dealt with him about leaving the Army. This is when God called him into the ministry. He has been a missionary, a pastor, and an evangelist. One thing that has been consistent from the very beginning is his love for an accurate interpretation and exposition of the Scriptures.